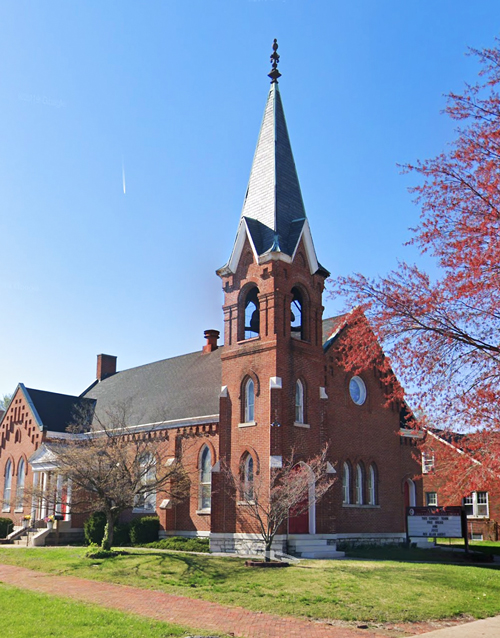 Service: Sundays at 10 AM

Welcome to Alton Grace United Methodist Church! We are grateful for your presence in worship. If you have no church home, ours is open to you. You will find the people here to be friendly and eager to meet you.

We are located just 25 minutes from St. Louis, Missouri in the river town of Alton, IL.

Alton Grace United Methodist Church has long been a serving member of the Alton Community. The church was started at 4th and Belle Street as a German church named American M.E. Church. Its first Pastor was Brother Jacob Miller in 1852. In 1853 a church was built on 3rd street between Plum and Walnut Street in the Huntertown neighborhood. It was destroyed by fire on April 11, 1882. The present brick sanctuary and parsonage, located in the historic Middletown District, were built in 1880 and dedicated November 4, 1880. L Pfeiffenberger was the architect.

In 1928 Rev. F.M. Hedger was appointed pastor and became the longest-serving pastor of 23 years. He helped establish the building of Alton Memorial Hospital.

Now in its 141st year in the current location, Grace United Methodist Church continues to serve the community. From the first time you enter the 7th Street doors, you can truly feel the presence of God’s grace.